We all know that the easiest method to navigate in an unknown area is to use a map. Maps show us minimized picture of Earth?s surface, so we can always use it to find any wanted spot, when we are in an unknown place. Cartography is a science, which focus on creating maps. Today, this mixture of science and art is so advanced, that we can find very precise maps of practically anything we can imagine.

Precision was not a feature of the first maps, as they were made with very primitive techniques in comparison with modern maps. In the past, they used less precise measures and instruments, and they did all the work manually. They drew maps on different media (papyrus, canvas, paper?) and every one of them was a unique handmade work. And so also the price was quite high and average peop 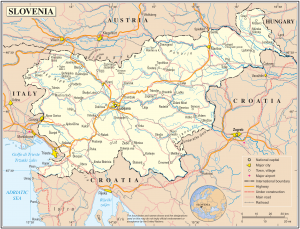 But with the development of technology and science, also cartography developed, and maps became more precise. Print enabled them to make larger quantities of maps in a short time, and digital technique made the whole process even simpler and cheaper. That?s why we can find maps everywhere nowadays, as they are cheap and everybody can afford one, not only rich men and explorers, which were financed for their expeditions by rich kings.

In the past, maps were used mostly for military and exploration purposes. The main purpose of them was to show explorers and military generals a way to unknown countries. Modern maps are different and they are used for a wide variety of purposes. This diversity causes problems with classification, as the maps can be found for many different purposes. Today, the most known are technical maps, which contain also a classical school map, but there is a bunch of other maps, which are less known to common people. Such professional maps are for example map of plants, map of resources and others.

But the researches are going even further, and technics follows it. Classical maps, which were used to navigate with help of compass and a notable spot in the surroundings, is almost useless today. More popular is system GPS, which enables us to know exactly where we are at any moment we want. GPS (Global Positioning System) is a satellite navigation system, which enables us to define our exact location anywhere around the world. System was invented by the USA Ministry of defense, but today it can be used for free by everyone with a suitable receiver. GPS system is formed by at least 24 satellites, which circle the Earth at least twice a day at the altitude of 20200 kilometers. With their help and a suitable receiver, every user can locate himself with precision of 10 meters.

Using GPS system for defining a location is used in many different areas. The most known is definitely auto navigation, which makes accessing our goal, typed into the navigation device, very easy. These navigation devices have a digital map, which shows us the surroundings of our location and guides us to our destination, stored in the integrated memory.
http://admiralavtomaty.com/novomatic-besplatno/the-money-game/