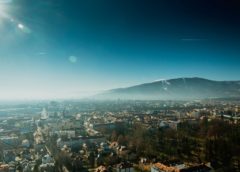 The main artery of Gornja Štajerska is the Drava River, which cut its path between Kozjak in the north, and Pohorje in the south. From Maribor onwards it flows through flat land, it has flown that way since long time before the first settlements were founded there. On the east, there is another big river of Styria, Mura, and on the south, it flows much smaller (except when it?s flooded) river Dravinja. An extensive area around Pohorje hills is named Pohorsko Podravje. Geologically, Pohorje is a part of the Central Alps, as it is almost entirely built of metamorphic and igneous rocks. Pohorje has the widest and the most rounded ridges of all alpine hills, and they migrate into narrow ravines at the end. Large group of mountains, more than 50 kilometers long, 25 kilometers wide and 1500 meters high, contains Črni vrh (1534 m), Velika kopa (1542 m) and Rogla (1517 m).

There used to be shepherds, workers in ironworks, charcoal workers and raftsmen. Peace in the area of eastern Pohorje is ensured by St. Areh with pilgrimage church from the year 1659. On the north, there are the largest settlements Lovrenc and Ribnica na Pohorju, both facing towards the river Drava. From the year 1942, an unfortunate place Osankarica is known. It is also a place of bravery and pride, where German troops finally defeated Pohorje battalion with legendary commander Alfonz Šarh ? Iztok and his three sons.

On the eastern part of Pohorje and under the first hills of Slovenske gorice emerged the second largest city in Slovenia, the capital of Štajerska, Maribor (more than 100000 inhabitants). Former German Malbur has been surrounded with wall and many towers already from 18th century and has some remaining of the old wall: Vodni, Sodni, Židovski etc. They also tidied the riverbank of Drava, called Lent, where the oldest vine in Europe grows. Specialties of the city are also monasteries: Minorite, Jesuite, Franciscan and their churches. The cathedral of St. John the Baptist is a center of Lavant ? Maribor archbishopy from the year 1859, when bishop Anton Martin Slomšek changed center from Carinthian St. Andrew to Maribor. With that move, Slomšek connected Slovenian speaking people of Maribor. 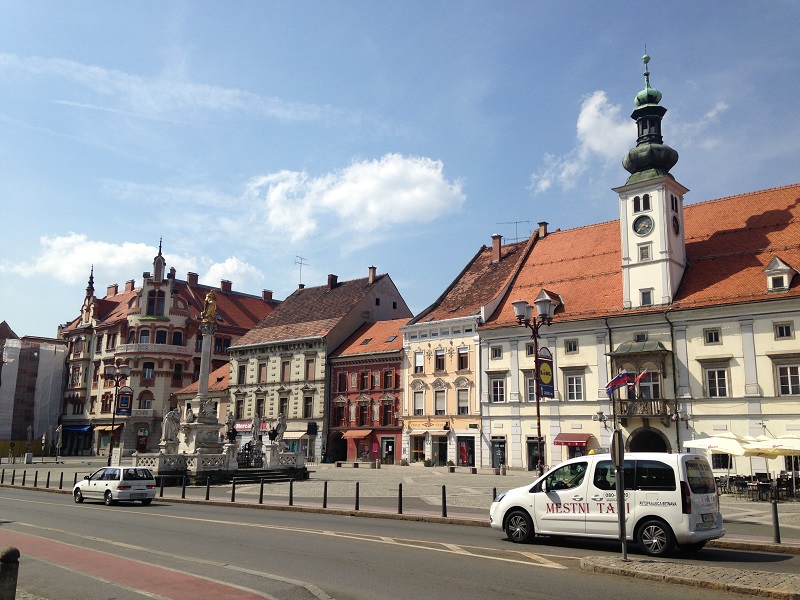 General Rudolf Maister finally defeated the determined German minority, when he disarmed the German army in 1919 and conquered the region on the north of Maribor, up to the today?s border with Austria. If he wouldn?t be held back by the cautious rulers in Ljubljana, he would probably also occupy Klagenfurt. After Germans, Italians from Trieste, persecuted by fascism, came to Maribor. The city has some noble buildings. We should mention Rotovž (city hall), late gothic building from the year 1515, which was later renovated in renaissance style. Then there are Vetrinjski dvor, Salzburški dvor, Žički dvor and others. A famous plague mark is placed on the main square Glavni trg. You can make shorter trips from Maribor to Piramida, Kalvarija, Mariborski otok island, Trije ribniki Pekerske gorce, Bentava mansion, Pohorje and other destinations.
Former typical workers? city with well developed (heavy) industry is recently becoming intellectual and cultural center of great importance for whole Slovenia (university, Borštnikovo srečanje meeting). In the year 2012, Maribor will become the cultural capital of Europe.

If we follow the Drava River, as the main artery of Gornja Štajerska, from Maribor to Ptuj, we can admire wavy land of Dravsko polje and Ptujsko polje fields on the right side and the slopes of Slovenske gorice on the left side. Soon we arrive to the city which is the oldest populated settlement in Slovenia and was the largest settlements in the area in Roman times. We are talking about Ptuj (Poetovio). The most recognized sign of the city and the whole Ptujsko polje is ?kurent?, and from the 12th century on also a mighty castle, which was later perfected by renaissance and baroque. Today it is a museum with rich collection, which attracts many visitors. Actually, the city itself is a kind of a museum, with Orpheus? monument, Roman tombstone under the city tower, church of St. George (with gothic wing altar), with Minorite and Dominican monastery and many other features. Here?s also a thermal health resort, boasting with a brand new hotel (Terme Ptuj) with five stars. It also has new bridge Puhov most, which discharged heavy transit traffic from the city center.

Also the surroundings of Ptuj are worth visiting. Not far from the road Ptuj ? Ormož is a castle Dornava and a town Ormož. You should also stop in Gorišnica and see a beautiful renovated Dominikova domačija. Right before Ormož, there is Velika Nedelja with Romance church and a castle. Towards the south is Hajdina, known for its miters and on the northern part of Haloze Ptujska gora, a pilgrimage destination with a church with three naves (votive institution of the Counts of Ptuj) and a relief of St. Mary with a coat. Known baroque castle Štatenberg is located on the southeast, on the eastern end of Dravinske gorice.

In the direction from Ptuj towards Slovenska Bistrica, the largest and most known place is Kidričevo with a bauxite and aluminum factory. Slovenska Bistrica like Slovenske Konjice proves that there was a fierce fight for Slovenian nation. Former ?national homes?, German or Slovenian, are the most beautiful buildings in mentioned cities. Most of the towns in the area boast with more or less preserved castles and churches, known for their gilt baroque altars of Styria (baroque of Styria). Such church is also St. Barbara?s church by Slovenske Konjice.

Already early in times of monastery founding (1160), one of the most magnificent buildings of its time, Žička Kartuzija, was built near Slovenske Konjice. It is getting its shine back nowadays.

Eastern of Maribor, extensive Slovenske gorice hills extend form Svečina and Šentilj to Ljutomer and the center by the Drava River in the direction from northwest to southeast. It is a hilly and populated land with Lenart, as the largest town between Maribor and Gornja radgona, and Ljutomer as the center of Prlekija on the eastern side of Slovenske gorice. Nearby Radomerščak is the birthplace of a linguist, known in whole Europe, Fran Miklošič. Generally this part of Slovenia, Gornja Štajerska, boasts as the biggest intellectual reservoir of Slovenian nation. Here is the home of whole generations of Slovenian intellectuals, priests, poets, writers, politicians and others, without whom Slovenia wouldn?t be such, as it is today.