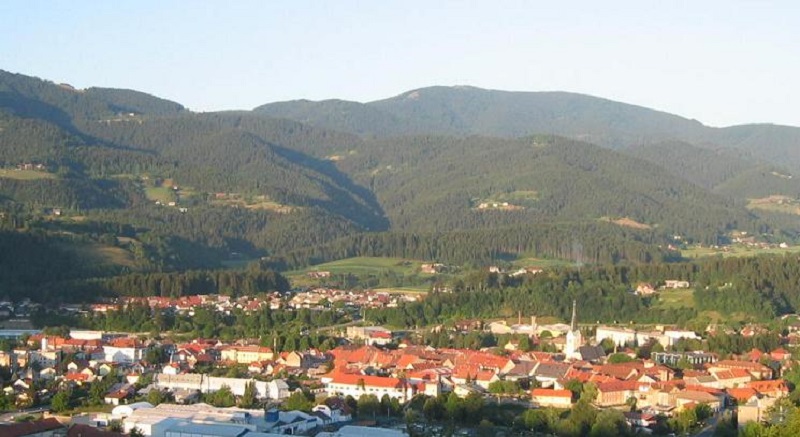 A major part of the Carinthia region was given to Austria after the plebiscite in 1920, but Slovenian boys are still living by the Drava River, as their folk song says. Our ancestors enthroned the dukes of Carinthia at the Zollfeld. They were the successors of Slovenian principality of Carinthia ? the cradle of Slovenian nation. Only two small pieces of Carinthia remained within Slovenian borders ? smaller one, Jezersko, and bigger Mežiška dolina. The latter is known for its industry, which is still active today. Iron industry moved from Prevalje to Ravne. Upper Mežiška dolina ends after former mine workers? settlements Mežice, Žerjava and Črne in two picturesque valleys: Topla dolina, with mighty lonely farms under Peca, and Koprivna dolina under the mountain Olševa. Here are some of the highest placed farms in Slovenia (Bukovnik 1327 m). The mountain Olševa is known for its Karst cave Potočka zijalka, where the remains of Old Stone Age settlement were discovered in 1928. 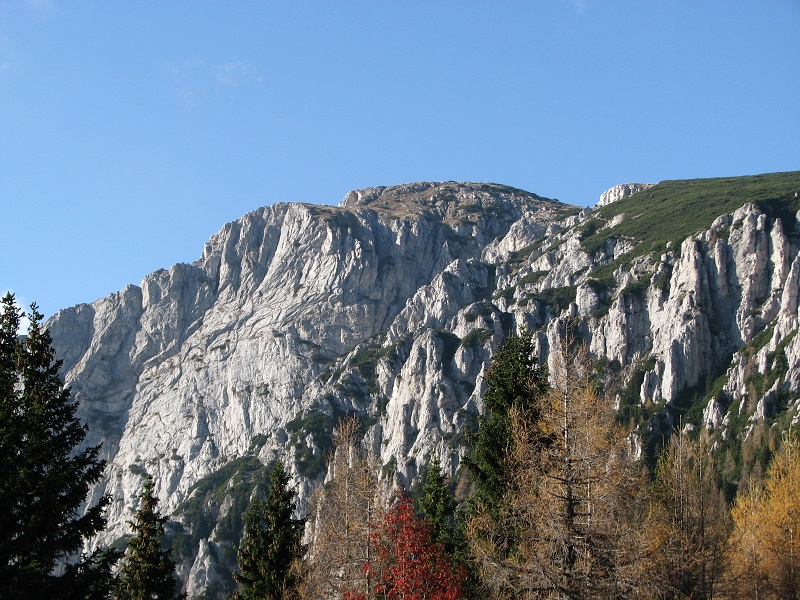 Northern mountain range of Karavanke ends in majestic 2126 m high Peca, which is mainly located in Austria. The legend says that king Matjaž and his army are sleeping inside the Slovenian side of the mountain. First railroad was built there already in 1863, and it leads form Dravska dolina valley through Mežiška dolina and forward towards Klagenfurt. There is a monument to freedom and peace, in memory of the last European battle in the Second World War. It ended sadly for the remaining occupier and Yugoslavian army. The river Drava with the most favorable water regime is a real treasury of clean energy, which is produced in hydroelectric power plants Fala, Dravograd, Vuzenica, Vuhred, Ožbalt and Mariborski otok.

By the Drava River are several notable places: Radlje with late gothic monument of Mary on the Glavni trg square, Muta with church of John the Baptist from 13th century and Kienhofen mansion, and Dravograd as an industrial and trade center of the area and crossing of two ancient Roman roads from Celeia and Poetovia. Ravne, with its monument to iron industry, is the largest and best developed settlement by the Meža River. There is also Prevalje, industrial and cultural center of the region around Meža, and also towns Mežica and Črna are successful in their development. Kotlje under Uršlja gora is the birthplace of Slovenian writer Lovro Kuhar ? Prežihov Voranc, who described workers and farmers of Carinthia.

The largest cultural and powerful economic center of Carinthia is Slovenj Gradec, which is a city since 1276. Two churches in the city are remarks of a long development: St. Elizabeth?s church (in styles from romanticism to baroque) and the church of Holy Spirit, formerly known as Špitalska cerkev. Painters Mersi, Schoz and Strauss are known in wider Slovenian region. Composer Hugo Wolf, who was born in a baroque house, is also famous. In the town hall, there is a gallery of fine art (Karel Pečko) with a remarkable collection of modern art. It was opened by Secretary-General of the United Nations in 1966. The most known among modern painters in that area is deceased Jože Tisnikar.